What is a Design Sprint and why you should care

Throughout we’ll link to relevant resources and articles. Please note these are our views and draw from our many years of experience facilitating and running Design Sprints and design programs with startups and enterprise-level organisations.

What is a Design Sprint?

The textbook answer to this question is written in bright bold letters on the front of Jake Knapp’s infamous book Sprint: How To Solve Big Problems and Test New Ideas in Just Five Days. Many companies have since dressed it up and repackaged it under different guises, eg. McKinsey’s Concept Sprint. At its essence, it is still the same, a structured design process that brings teams together to tackle a challenge in order to test and validate in a compressed time period

The ‘five days’ is the sticky bit, and to be honest, is a misnomer. The framework of five days has since been revisited by us and many others. A Design Sprint can be conducted over four to three successive or discontinuous days. Or if you are fortunate enough, you can allocate the creation and testing of the prototype to a product team. Leaving one to two day’s investment of a team’s time in workshops to define the challenge and outline the success criteria.

Regardless of how you decide to slice it, having the permission to sit in a room with subject matter experts from across the business is a powerful proposition and a small sacrifice of time especially if you are stuck in the doldrums of the repetitive cycle of inconclusive meetings that feature the treacherous statement of ‘I think’!

How More Space For Light defines the Design Sprint program

Our definition of a Design Sprint is similar to the original. However, there are a few nuances that we feel make it more adaptable and applicable for any type of business challenge — A five-phase framework for testing ideas and solving big challenges.

How does Design Thinking and Design Sprints differ?

Hold up, we’ve said the term Design Sprint many times. However, you may have heard of Design Thinking. You may be thinking aren’t they the same thing? Well, kinda, sorta but actually not!

The Design Sprint was originally inspired by Design Thinking programs from companies such as IDEO, as well as the principles of Lean, for example, it shares a lot of similarities to Ash Maurya’s Lean framework. This isn’t intended to discredit the value of the program that is detailed in the Sprint book. As something can’t come from nothing, and it matured through hard work, many false starts, and iterations to get to where it was when published, and it has continued to evolve since.

A really easy way that we describe the difference is by comparing Design Thinking to the music group Queen’s Bohemian Rhapsody, and then a Design Sprint to The Ramones Blitzkrieg Bop. How is this relevant? Well, stick with us …

Continuing this analogy Design Thinking is a lot like Queen as it has many layers and is a lot more complex in its arrangement, plus a longer career! In the real world for Design Thinking to be truly implemented at scale it requires a long-term commitment from an entity, and from what we’ve seen a mindset and culture shift championed by leadership.

Design Sprints in comparison are a short sharp punch to the throat that serves as a catalyst to spark innovation, change, and momentum. We’ve found them a great stepping stone to introduce an organisation to the tools and mindset of Design Thinking. They encourage people to take action to get them doing and showing, instead of just talking and Powerpointing – the former being the cornerstone of Design Thinking.

Why is a Design Sprint such a powerful process for accelerating decision making?

Design Sprints are built for purpose. The process by its nature forces the team to focus and act decisively. There is a set endpoint which is the result of testing something with a relevant audience. Therefore as a project sponsor you can be guaranteed an outcome. We have found they are best suited when the stakes are high, there isn’t much time, and there is a high level of uncertainty.

The tangible outcomes of a Sprint include are not exclusive to —

Why are there many different forms of Design Sprints, and is there any difference between them?

If you are outside of the community you may be confused when you see version 2.0 or 3.0. Don’t be alarmed. These alternative versions aren’t a radical departure from the original program. They are merely refinements that both still hit the same beats as the original. The difference in approaches standardise a shorter four-day version and include more rigour either side of the main program to ensure success; that the group are solving the right problem, with the correct people and that there is the opportunity to refine the prototype for a greater outcome.

We’ve found adding more rigour upfront with Problem Framing is a good thing. There is nothing worse than being into the second day when the pin is pulled because the focus of the Design Sprint isn’t relevant to the broader organisation challenge or strategy. Also, by including an extra round of refinement (Iteration Sprint) after the program affords the group an opportunity to quickly iterate and refine before presenting it to test subjects.

Then at either end of the scale are the ‘purists’ and Google’s Design Sprint Practice. The former being practitioners that won’t deviate from the book. They believe in the pace and process and stay true to how it was originally intended. Whereas Google is more adaptable and pragmatic in their approach. They scale the length of the process depending on the problem and design maturity of the team.

At this point we’d like to state for the record we have never run an identical Design Sprint program. We’ve had to continually refine the framework to ensure it is adaptable to suit whether the challenge is related to a business process, strategy and future vision, product, service, or even a theatrical performance. As a rule of thumb, we won’t deviate from the program’s five-phase framework of —

Regardless of your approach, in layman’s terms, it is still referred to as a Design Sprint. Let’s be honest, if you don’t focus your pitch on outcomes and benefits you’ll be shut down by the fact you need to allocate days and resources. Project sponsors and leadership aren’t concerned with the name or the version of the program, they have a budget, a timeline and are juggling stakeholders calendars. They have trust in the process and the Facilitation Team. It is our role to guide them to an outcome that will allow them to progress.

How does the Design Sprint fit into the bigger picture of a production process?

This is an interesting one. It is important to set expectations early as the Design Sprint is not a silver bullet. It is part of a bigger picture. We’ve helped organisations come unstuck in regard to knowing where to start (see here) to taking a leap into the unknown to discover if the risk will be worth the reward (see here).

We do impress on organisations that it is important to plan ahead with the simple question, ‘what’s next?’ This directs the project sponsor’s conversation to whether outcomes will be further validated by checking feasibility and viability for the business. Or if the outcomes of the Sprint will initiate and prioritise adjacent projects on the roadmap. What is critical is that there is a ‘next’. We’ve found a great hack to keep momentum is to create a ‘28-Day Later’ plan. Rephrasing insights from testing into task categories, assigning project leads and major/minor milestones will pass the baton of accountability. The RACI Matrix is a great tool to accomplish this.

There are also the hidden benefits we’ve written about previously about the program being a Trojan Horse for bringing people together and being a device for building team camaraderie (read more here).

Do you need formal training to facilitate a Design Sprint?

Wow, you’ve come this far. You are ready to start a Sprint or you want to convince your company/client to conduct one. The big question, do you need formal training? To be honest you can get by with the Sprint book and the heap of reference materials online. That isn’t to discredit training.

The advantage of undertaking training is that you’ll gain an understanding of the rationale behind the activities of the program and how they link back to what you are trying to achieve; read some thoughts on the subject from one of our previous training alumni here. If you can get an understanding at a deep level it will hold you in greater stead as a Facilitator. You’ll have the dexterity and confidence to alter things if needed (happens often). No doubt it will spark your curiosity to learn more and continue to build your capabilities. Plus at a minimum, it will connect you to a community of learners and practitioners to support you on your journey.

If you don’t have the confidence to run a Design Sprint and are hesitant to invest in training our suggestion is to set the bar low. Start to slowly incorporate workshop-style activities into your meetings and gatherings. Gage the response and the impact they make, eg. ask for feedback. Then slowly continue to use the tools to help facilitate conversations. Getting the reps and lowering the stakes is a great way of building your confidence and conditioning the team to embrace a workshop culture.

If you are really curious, join one of the many Global Sprint Chapters, buy the book and then speak to your team about giving it a trial. There are many mini short-form intro sessions you can do with stakeholders to demonstrate the power of an Intro Session, for example, a Lightning Decision Jam or our Design Sprint Experience Intro.

We hope we’ve inspired you. For further information we suggest you check out these resources and tools from the top global practitioners of the Design Sprint program —

More Space for Light is an Innovation and Strategy Consultancy. Our design-led approach to solving business problems helps leaders and teams overcome constraints related to product, service, or process. So you can quickly identify risks, gain alignment and focus for action. Our goal is to empower your teams to do their best work and set the prerequisites for success.

For more information about our design programs and training get in touch, start@morespacelight.com.au.

Join our next Talkshop on The Future Of Now!

Imagining the Future of Hybrid Collaboration

In our first ever takeover event, the team at Butter will  lead us through an ideal future hybrid workshop experience. 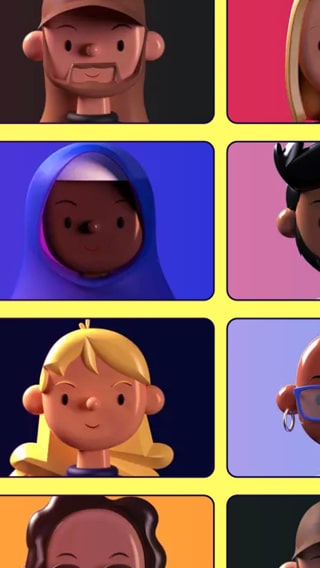